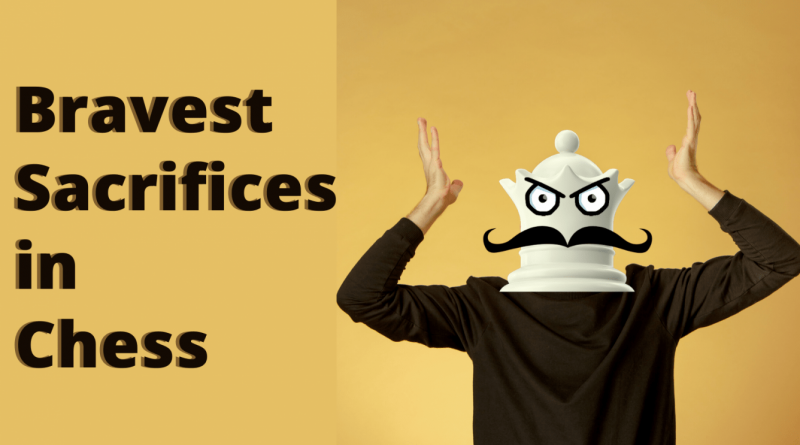 There are two types of sacrifices, the obvious ones, and the not-so-obvious ones. Or, as Tal would put it, “The correct ones, and mine”

Let’s take an example. White to play and checkmate in two moves using a queen sacrifice! Don’t worry, you can move the pieces on the board.

Found? Wasn’t it just sitting right before your eyes, waving its hands, waiting for you to find it? These are the obvious ones, although a bit tricky obvious sacrifice to some readers.
Such sacrifices are like counting the beans and playing the best move. All it takes is calculation, just like math. But on the other side of the spectrum are the legendary sacrifices.

Sacrificing takes courage, but sacrificing in a situation where you cannot fully calculate to the end takes more than courage – it takes an iron will!

It’s like firing away your last bullet against an invisible enemy hiding in a dark corner on a foggy chessboard, or walking on the thin blade of a sharp sword. One slip and you’ll be ripped to pieces.

Chess history is littered with thousands of sacrifices gone wrong, And yet, we continue to see such beautiful sacrifices that are perfectly wrapped up and finished with a win! These are the bravest sacrifices we can ever see in chess. To illustrate this, We will start with a not-so-famous example, from the games of our favorite chess commentator Grandmaster Maurice Ashley.

It looks like the only move here is to trade the knights and quietly improve your position. But Maurice went for an explosive continuation starting with Nf5, sacrificing the queen. If a player tried to wade through the maze of variations arising after Nf5-g7, he or she is only going to get drenched in the resulting complications. The problem with such a sacrifice is that it’s not possible to calculate fully, especially because of the many non-forcing sequences. This is where intuition plays a major role. Without being able to calculate to the end, and with only his intuition to guide him (like a lighthouse), our valiant grandmaster sacrifices the queen and wins the game several moves later.
Full game:
Mikhail Tal (based on his game against GM Vasiukov in the 1964 USSR Championship) explained this phenomenon using an unconventional and fun example.

“I do not know from what associations the hippopotamus got into the chess board, but although the spectators were convinced that I was continuing to study the position, I, despite my humanitarian education, was trying at this time to work out: just how WOULD you drag a hippopotamus out of the marsh? I remember how jacks figured in my thoughts, as well as levers, helicopters, and even a rope ladder. After a lengthy consideration I admitted defeat as an engineer, and thought spitefully to myself: “Well, just let it drown!” And suddenly the hippopotamus disappeared. Went right off the chessboard just as he had come on… of his own accord! And straightaway the position did not appear to be so complicated.”
~ Mikhail Tal

Jovanka examines three such explosive queen sacrifices in the video below! A modern-day immortal game by Ding Liren, Tal’s colorful classic from 1953, and Hou Yifan’s fascinating queen sacrifice from the Gibraltar Masters!
Oh, and don’t forget to hit the subscribe button on our Youtube channel. 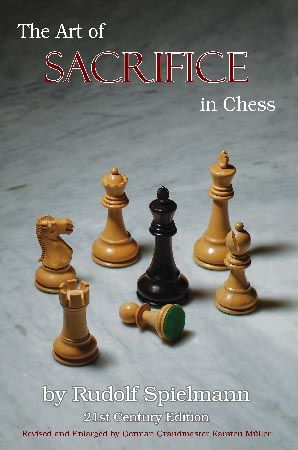 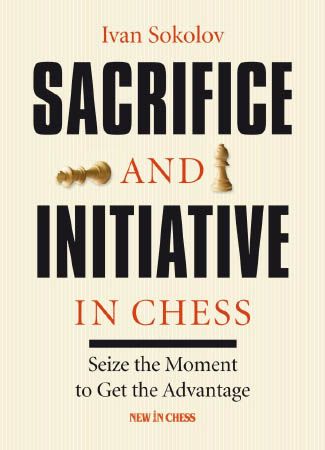 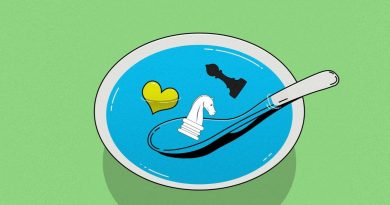 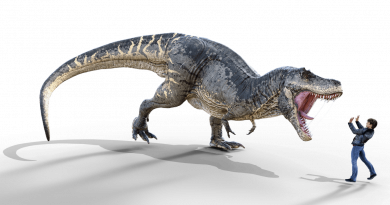 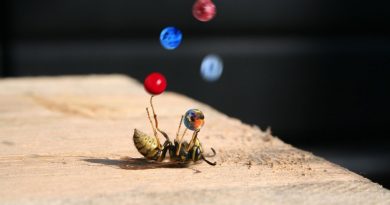 Overloaded Pieces: When two is too much.